The chosen vessel. Fighting of the spirits

In a distant Montenegrin village, being a boy, Miki receives from his grandfather special secret knowledge and a notebook with prescriptions for treating many serious diseases including cancer. The grandfather revealed to his receiver a mystery, how to obtain supernatural abilities that only the chosen one has. When Miki grew up, many high – ranking individuals and criminal authorities became aware of this notebook and they wanted to use secret knowledge to achieve their own selfish goals. Will Mickey defend his grandfather’s legacy and resist all the devil’s forces.

In the book, along with mysticism and fantasy, there are also real heroes and events from the days gone by, the time being and… the future.

The second book of “The Chosen one” series appears soon.

This is a story about children with superhuman abilities, which are commonly referred to as indigo children. How the world’s elites want to use the super – abilities of gifted children to achieve domination in the modern world. Who can prevent them from carrying out their terrible plans…

Miki Lazovic is a writer from Serbia, who began to write following his heart. He is known in his country as a hereditary healer and bioenergetic. 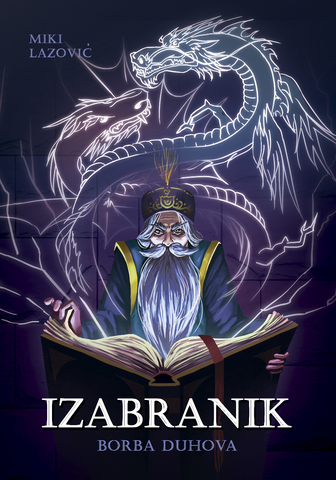 The chosen vessel. Fighting of the spirits